Selling a business requires knowing its value. If you’ve been following this blog for very long, you know that there are numerous aspects of a business that make up its value. 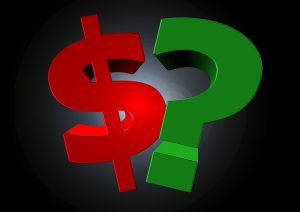 From how much money is chasing businesses to how many businesses are coming to market, I’ve expounded on many of these aspects over the last couple of years. Some of these aspects are tangible; revenue and earnings, customer lists, proprietary intellectual property such as patents are among them. Others are intangible such as whether the business has been made ready to sell and, equally important, whether the owner is ready to walk away. But when selling a business, there are three additional intangibles that are often times ill-considered – if considered at all – when valuing that business, and business brokers and business owners must keep them in mind if an accurate valuation is to be calculated. All three of these intangibles are financial aspects and, given the uncertainty in a broad spectrum of issues in today’s economic climate, they are all suddenly front and center. The 3 aspects of value that I’m referring to are always in the mix to some degree or another but they are seldom so equally in flux and so prevalent across economies as they are now. Let’s take a look. 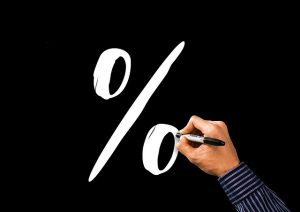 Since 2009, much of the world has been enjoying a climate of ultra-low interest rates. In fact, excluding a slight blip between 2017 and 2019, the U.S. Fed Funds Rate has been hovering at less than .5%. This has made borrowing cheap and when dollars or Euros or any other currency is cheap you usually get more people willing to use those cheap dollars to spend more than they otherwise would on everything from houses and cars to tomatoes and sweat socks. And businesses. Interest rates impact the sale of businesses in two ways. First, they determine how deep the buyer market is. The higher the rate, the more potential buyers will have trouble getting the financing required to acquire certain businesses. Second, interest rates drive value because lower interest rates means investors can afford to pay higher prices. The chair of the U.S. Federal Reserve, which had promised to hold rates steady until 2023, recently came out with “modified guidelines” suggesting that the Fed will increase rates sooner as a result of the rising inflation numbers over the past several months. (More on this below.) Several Federal Reserve Bank governors have also gone public with their belief that rates must rise to cool what is being described as an overheating economy.

A period of low inflation is a good time to bring a business to market because buyers perceive a sense of orderliness and tranquility. When inflation begins to spike, buyers are less sure about the business’s future performance. 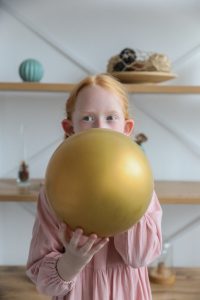 As I mentioned above, recent inflation numbers are starting to spike. In the U.S., so much money has been thrown at the economy – initially as a way to ease the pain of the Covid virus but subsequently to fund a wish list of enough liberal political catnip to choke a horse. Inflation surged in June at its fastest pace in nearly 13 years amid a burst in used vehicle costs and price increases in food and energy, according to the U.S. Labor Department. The consumer price index increased 5.4% from a year earlier, the largest jump since August 2008, just before the worst of the financial crisis. Excluding food and energy, inflation increased 4.5%, the largest move since September 1991. And it ain’t over, Bucko. The party in control of the U.S. Congress – sporting an approval rating in the vicinity of 20% on sunny days – is now trying to figure out how to get another $3.5 trillion jammed through the defenses of the minority party. And the way they’re proposing to do it gives them a pretty good shot at success. This so-called “American Families Plan” – which, among other trinkets of dubious value, includes free community college for all takers and forgiveness of something between $10,000  and $50,000 of college tuition debt, depending on who scores the bill – will require either an enormous printing of money or pleading with China to continue to fund the U.S. by buying its debt. The more immediate – and probably most benign – result will be more inflation – and greater downward pressure on the valuations of many businesses.

Selling a Business: The Tax Climate

SOMEbody’s got to pay for all that stuff and that “somebody” is, to a large extent, business owners; high income earners and sellers of assets – such as businesses – that have enjoyed significant capital gains. 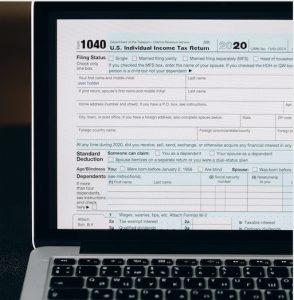 When considering the value of a business they’re eying, most buyers of businesses worth more than $500,000 take into consideration the long term return on their investment. There is a significant amount of agitation in most Western governments right now to dramatically raise taxes – an event that will significantly impact a business’s current value – because it will significantly impact that business’s future value. This means a buyer will be willing to pay less for that business than he or she otherwise would if taxes were projected to remain reasonably steady. In the U.S. and Canada, the tax increases being favored include the basic income tax rates and a near doubling of the capital gains tax. The second is the most troubling for business owners. Why? Because a business owner that buys with their eventual exit in mind calculates their return on an after-tax basis. Higher taxes on capital gains mean that, on an after-tax basis, the buyer’s return will be lower. The only way to achieve the buyer’s required rate of return is to pay less for the business; putting downward pressure on business valuations. The current U.S. administration is promising to raise the capital gains tax from 20% to 39.6% – effectively doubling it. And that doesn’t even count the additional 3% that was added back in 2010 so that a plausible – albeit fraudulent – argument could be made that Obamacare was somehow going to pay for itself. When you consider how this will effect a business seller’s after tax return, it’s pretty easy to see how the prospect of higher taxes will have a deleterious impact on current business valuations.

Valuing a business is, of course, based first on easily identifiable financial components. But without taking into account a variety of intangible facets, the result of such a valuation assumes that none of these tangential aspects will impact the business. Even in the best economic environment, not all the components of that environment stay the same. And when change is in the air – as it is now – we have to be able to advise our clients on how such changes could impact them. Selling a business requires a realistic look at the intangibles. You’ve got know the environment you’ll be in when you bring a business to market. In an uncertain market, these three aspects will have an oversized impact on value. If you have any questions or comments on this topic – or any topic related to business – I’d like to hear from you. Put them in the comments box below. Start the conversation and I’ll get back to you with answers or my own comments. If I get enough on one topic, I’ll address them in a future post or podcast. I’ll be back with you again next Monday. In the meantime, I hope you have a safe and profitable week.
Joe

#business #businessacquisition #sellabusiness #becomeabusinessbroker #businessbrokering #businessvaluation #MergersandAcquisitions #buyabusiness #sellabusiness #realtor #realestateagents
The author is the founder of Worldwide Business Brokers and holds a certification from the International Business Brokers Association (IBBA) as a Certified Business Intermediary (CBI) of which there are fewer than 1,000 in the world. He can be reached at joe@WorldwideBusinessBlog.com