If you’ve read the last several posts on this blog, you know that when real estate agents try to sell businesses it’s generally a pretty dicey situation – and usually results in a pretty crummy outcome, both for the agent and the client.

But it doesn’t have to be that way.

In this, the final post in our series on how real estate agents handle selling businesses, we relate another true story – but this one has a happy ending. It’s about one real estate agent that knew what to do when one of her clients approached her about selling their business. 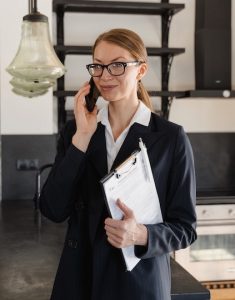 The agent, in a move that clearly set her apart from almost all other real estate agents in the history of the world, said that she had no idea how to value or sell a business; but that she knew a company that did.

I received a call from the agent a few days later. She gave me some background on the business and her history with the owners. I made the initial call the following day.

The business in question was in the healthcare industry.

It was about eight years old, had a couple of million dollars in revenue and the two owners were simply tired of the regulatory and employee hassles that owners of a business in that industry often have to endure. They were ready to sell.

We did our normal valuation work, came up with a Most Probable Selling Price, met with the owners and discussed how we would market their business.

We suggested an asking price. They agreed.

We brought it to market.

There’s no need to detail our efforts here – we did what we do – because this post isn’t about how we found a buyer – which was, it turned out, a larger company looking for a strategic acquisition.

Over the course of the next few months, without divulging any information, we periodically let her know that we were still working on the sale and were confident we’d find a buyer. We do this because we want to make sure that any Realtor knows that, when they refer a client to us, we actively work to find a buyer rather than let the listing sit and hope a buyer finds us.

We found our buyer about nine months after beginning our marketing program and the deal closed 90 days later.

Because confidentiality is so important in what we do – and the acquiring company understood the wisdom in maintaining that confidentiality – the deal closed quietly and with no fanfare or press releases. The only people that knew the sale had happened were the buyers, the sellers, the facility’s general manager and us.

About two weeks later, once the dust had settled, I invited the real estate agent and her husband to join me and my bride for dinner.

We enjoyed a pleasant meal and, over dessert, I told the agent that the deal had closed a couple of weeks ago. A look of pleasant surprise spread across her face. She knew her client would be happy and was glad that we were able to help.

But at the same time I passed an envelop across the table to her. I said, “This is your referral fee.”

She opened the envelop and a look of shock came over her as she pulled out a five-figure check. She began to cry, saying she couldn’t possibly take this much money for simply making an introduction. I assured her she’d earned it.

She knew what to do when someone called her about selling a business. 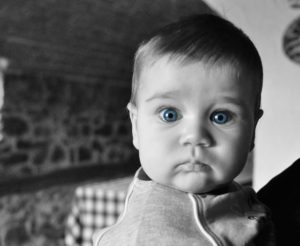 How? Because if SHE’D known how to value and sell businesses, she would have earned the entire commission, not just a referral fee. And the commission on the sale was over $100,000.

Let me put this in some perspective for a moment.

But, if our real estate agent knew how to value and sell businesses and earned the full commission, she would have earned more than twice the average real estate agent’s annual income. On just this one deal – and while she continued selling houses.

Though this agent certainly did the right thing in referring her client to us – and received a handsome referral fee as a result – this true story illustrates how much money real estate agents are routinely leaving on the table – money that, if they only knew how to earn it, would put them in the top 1% of agents anywhere, in both good times and bad.

In short, it would supercharge their commission income.

There are millions of businesses coming to market over the next 10-15 years – the “Silver Tsunami” – and real estate agents are uniquely positioned to help the owners of every one of them. And the financial rewards of doing so can dwarf the average real estate agent’s annual commission income.