09 August 2021 Three or four of my recent posts on this blog have been about the general concept of real estate agents selling businesses. 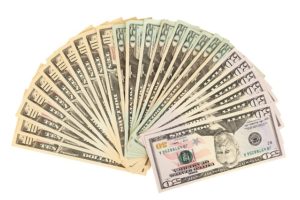 From the EPIC opportunity – the once in a generation transformation – that real estate agents are so well positioned to take advantage of, to several examples of how much money is being left on the table by almost ALL real estate agents simply because they’re unaware of this opportunity or – worse – don’t know what to do to grab it, these posts have been about some of the mistakes we’ve seen real estate agents make over the past 20 years or so. Last week’s post was the first of three relating true stories of missed opportunities – some epic in scale – that, had the real estate agent involved been prepared, should have resulted in significant commission income – but didn’t. As was last week’s, this post is a true story taken from our files. I first referred to it obliquely in a post about a year ago. To paraphrase the narrator of the classic TV series, Dragnet, “the story you are about to read is true; only the names have been changed to protect the guilty.”

The story begins back in 2005 – 16 years ago – when a call came in to our office from the owner of a small business. He wanted to discuss the possibility of selling. 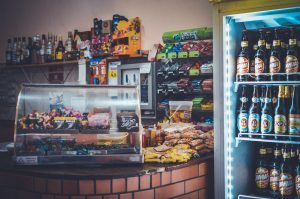 It seems the seller, we’ll call him Rob, owned a business that was a combination convenience store and an old-time “service station”. It sold a limited variety of snacks and drinks, had several fuel pumps, did minor auto repairs and sold used tires. It enjoyed high visibility on a state highway. There are many buyers of such businesses and a large proportion of those buyers will pay cash. And we’ve found that most of those buyers know what they’re doing – that is, they are familiar with the industry and comfortable in their own estimate of value. They can glance at the sales numbers, the traffic counts and the general geographic area and get a good sense of the business’s potential. This establishes value in these buyers’ minds. As many of you know, we won’t take an assignment to sell a business without doing a valuation. The first sign of concern arose when I mentioned this to Rob and told him that such a valuation, though it would likely enhance the probability of a successful sale, would entail a modest fee. As is often the case with small business owners, there was some push back on a valuation fee. Many small business owners equate us to real estate agents who never charge anything(!) for their knowledge and expertise. Though this has become less of a problem over time, it was still fairly prevalent back then. We explained that hiring us to do a valuation didn’t mean he was hiring us to sell his business and that he could use the valuation report that we’d produce if he chose to try to sell it himself – or hire someone else to try to sell it. But we weren’t going to proceed with anything until a valuation was done. After some hemming and hawing, he agreed.

As I’ve written often in the past, small business owners generally have an exaggerated opinion of the value of their business and Rob proved no exception to this rule. When I met with him to review the report and explain how we arrived at the number, he began to channel his inner Claude Rains in the classic 1942 movie Casablanca – and proceeded to proclaim to be “..shocked, shocked…” that his business was worth only about half what he wanted.
We proceeded to sit down and pick the valuation apart. As I teach in our course, we invite business owners to go through our report line by line, number by number, page by page and point out any errors in calculations, assumptions or justifications. In 20 years of doing this, not once has anyone been able to argue with our conclusions – at least based on fact. Now, emotion, on the other hand… (but that’s another story).

We continued back and forth. I told Rob we didn’t want to list the business unless we felt we could sell it. Our valuation suggested a Most Probable Selling Price of around $230,000. Rob wanted $450,000. Needless to say, we passed on the assignment. 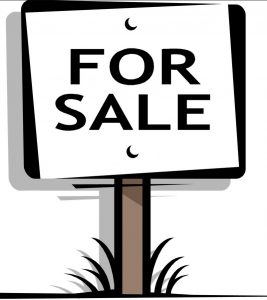 Over the years, I would pass by the business in my travels and I noticed an ever-changing string of “for sale” signs belonging to various realtors on the grassy strip between the roadway and the business’ fueling area. These signs gradually weathered and deteriorated and, evidently, whenever one of the signs needed to be changed, Rob also changed realtors. It seemed to me that most of the real estate brokerages in the area took a crack at it – at least two of them more than once. Each of these brokerages spent time periodically updating and consoling Rob about the absence of buyers. Each of these brokerages spent money marketing the business in newspaper ads and updates to their website’s online listings. Each of the real estate agents listed the business on the same local Multiple Listing Service – where no one in the history of civilization has ever gone to find a business to buy – at roughly the same price with, not surprisingly, the same result. When I last drove by a couple of years ago, I saw that Rob, after 14 years of trying to sell a $230,000 business for a hell of a lot more than $230,000, essentially gave up. He replaced the words “Used Tires – Cheap” on the sign that faces his gas pumps with the following high-energy, ultra-positive legend: “Business for sale. Make offer”. Well, as fate would have it, about two months ago, I heard that Rob actually did sell his business – 16 years after starting the effort. But he didn’t get $450,000. In fact, he didn’t even get the $230,000 that we suggested we could sell it for. He ended up agreeing to accept $150,000 just to end the misery.

This story perfectly illustrates three things:
I’ve mentioned often that every business that doesn’t fail will eventually be sold and that applied to Rob’s business as it does to all others. I’ve also often stated that there’s only one reason that a business – or anything else for that matter – doesn’t sell; the price is too high.
If one of the real estate agents that Rob hired understood the process of business brokerage – as well as they understand the process of real estate brokerage – it is highly likely that the business would have sold years ago and for a price near its value. The agents would known where to market it, how to find and qualify the buyers, how to structure the deal so that, not only would Rob come out with the best result, but so that the chances of getting the deal financed would be high. In the event, the gross commission was $4,500. Because the deal was co-brokered with another firm, the listing firm get $2,250. The real estate agent who listed the business received about $1,200. If she knew how to value and sell businesses, the business should have sold for something close to its value, in which case she would have pocketed between $20,000 and $25,000 – about 20 times what she actually received. She left all that dough on the table simply because she had no idea how to sell businesses. 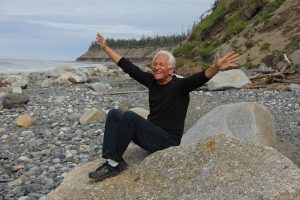 There is, in fact, an EPIC OPPORTUNITY for Realtors right now. Real estate agents are uniquely positioned to take advantage of the coming “Baby Boomer Business Sell-Off.” Baby Boomers are heading for the exits and there will be a lot of money made by anyone who knows how to show them the way. Next week’s post – the last in this series – will describe a completely different kind of experience; one in which the real estate agent knew what to do when a client called her to discuss the sale of the client’s business – and how she profited because of that. If you have any questions or comments on this topic – or any topic related to business – I’d like to hear from you. Put them in the comments box below. Start the conversation and I’ll get back to you with answers or my own comments. If I get enough on one topic, I’ll address them in a future post or podcast. I’ll be back with you again next Monday. In the meantime, I hope you have a safe and profitable week.
Joe

#business #businessacquisition #sellabusiness #becomeabusinessbroker #businessbrokering #businessvaluation #MergersandAcquisitions #buyabusiness #sellabusiness #realtor #realestateagents
The author is the founder of Worldwide Business Brokers and holds a certification from the International Business Brokers Association (IBBA) as a Certified Business Intermediary (CBI) of which there are fewer than 1,000 in the world. He can be reached at joe@WorldwideBusinessBlog.com