As a general rule, most businesses – even some of those that are losing money – are sell-able. With the possible exception of last night’s enchiladas and the idea of the earth being flat, I’m personally of the opinion that everything – businesses, real estate, wrecked boats, used tires, etc. –  is sell-able. For proof, one need look no further than eBay. The idea that a small business is not very sell-able is often stated in the phrase that the business is “illiquid”; that is to say it will be difficult to turn it into cash. But to be clear, illiquidity, as it refers to business, has two meanings. First, it’s generally used to describe a business that might be asset-rich but cash poor and, in such condition, is unable to take advantage of an opportunity – whether that opportunity is to buy a piece of equipment that would significantly enhance its efficiency or to acquire a competing or complimentary business that would increase market share. If a business does not have adequate cash on hand the business is often said to be illiquid. Less often, it is defined as its ability to turn itself into cash. That is, how easy it can be sold and at what value. This is the definition we’re concerned with in this post.
But is it true that small businesses are not very sell-able? And if so, why would that be? And why would a small business be less liquid than larger businesses?

What impacts a business’ liquidity?

There are many conditions that can effect a business’ liquidity. Industry, for example, is one of them. 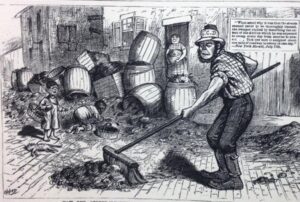 If you owned a street-cleaning business in the early 1900s, your business cleaned city streets of the “fertilizer” deposited by hundreds of horses every day. But Henry Ford – and others – were quickly burying that industry and making it “illiquid” (to say nothing of irrelevant). Anyone with a three-digit I.Q. could see that there was no future in such street cleaning. The same could be said of the adult bookstore industry in the 1980s. When Marc Andreeson and friends created Netscape, porn shops were on their way to oblivion. Location is another aspect that impacts liquidity. There are good businesses in very rural areas but the pool of buyers in such areas is generally pretty small. And, if many people would quickly move to the area to buy and operate the business, the area wouldn’t be so rural, would it? After all, rural living is not for everybody. Like anything else, businesses realize their highest value when there are many buyers competing for them. More populated areas naturally have more people interested in owning a business as well as more businesses that might be open to making a strategic acquisition. Product specialty can also impact a business’ liquidity. For example, in the United States, firearms manufacturers, gun shop owners and producers of gun shows periodically find themselves in the cross hairs (no pun intended) of various legislators and groups. I believe there will be an increase in restrictions on private gun ownership in the U.S. over time which will impact the liquidity of such businesses as their owners begin to retire. Related to that, regulation – and the legal costs of fighting it – is still another aspect impacting a business’ liquidity. 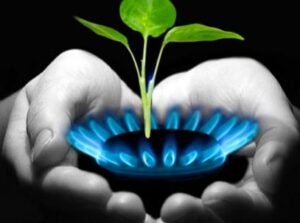 An example of this is the recently cancelled Atlantic Coast Pipeline, a natural gas pipeline that was planned to run from West Virginia to North Carolina delivering clean and inexpensive natural gas to businesses and residents in the Mid-Atlantic region. The owners of that project, two publicly-traded energy companies, decided to pull out because of their fear of unending lawsuits attempting to stop the project. Such fear was born, in part, of the rulings in two recent lawsuits against energy companies that stopped one permit from being issued and ordered the closing of an existing pipeline that has been in operation for three years. Apparently, the fear of a potential Democrat-controlled White House and Congress, and the further legal battles such an outcome this Fall would entail for the pipeline industry, caused the owners to come to the conclusion that the project just wasn’t worth the cost.

But regardless of what impacts a business’ liquidity, it can almost always be countered by addressing one thing: the price. All other things being equal, a business doing $3 million located in Chicago, IL, or Montreal, PQ, will likely sell for a higher value than the same business located in Centralia, IL, or Sainte-Sophie, PQ. But a business doing $3 million will generally find a buyer at some price. If we look at this another way, every business would have a liquidity problem if the owners of the business wanted significantly more money for it than it was worth.

What About Small Businesses?

So-called “Mom and Pop” businesses – generally described as ones with a transaction value of less than $1 million – are impacted by the same liquidity aspects.

Richard Rogers, a business advisor at Montana State University, states that small and family-owned businesses (those with 15 or fewer employees) employ 60% of the U.S. workforce and create 78% of all new jobs. And from our research, we know that such businesses make up the lion’s share of total existing businesses. Almost all buyers of such businesses will be first time business owners that are tired of working for someone else – or just want to do their own thing. The current Covid-19 has caused millions of businesses to lay off employees and finding a job in this economic climate is quite challenging. Many of these people are determined to gain more control over their future and one way they believe they can do that is to buy a business and be responsible for their own well-being.
There are millions of people that would like to own their own business. This pool of potential buyers offsets, to a large degree, some of the liquidity concerns listed above. As such, small businesses – though impacted by the same liquidity issues any other business faces – are eminently sell-able.

Some “experts” – those in government or academia – might opine that small businesses as a class face liquidity issues when the owners want to retire. But those of us in the trenches know that there are millions of potential buyers for most of those businesses. But any aspects negatively impacting liquidity must be discussed with the owners up front and early on – and, to the extent possible, the business priced to offset them. For professional business brokers, the question of liquidity is one that should come up in a very early conversation with the owners of any business you might be engaged to sell. This discussion is part of the process of managing the seller’s expectations.
If you have any questions, comments or feedback on this topic – or any topic related to business – I want to hear from you. Put them in the Comments box below. Start the conversation and I’ll get back to you with answers or my own comments. If I get enough on one topic, I’ll address them in a future post or podcast. I’ll be back with you again next Monday. In the meantime, I hope you have a safe and profitable week! Joe