Selling a Business: The Personal Aspect

There is, indeed, a personal aspect to selling a business. Two weeks ago, our post was about what to expect in the preparation process when selling a business. At the end of that post, I cautioned that there is also a personal aspect that must be considered. What I didn’t mention is that this personal aspect is nearly as important as the issues raised in that earlier post. If little or no attention is paid to the personal aspect of the sale of a business started or built by the current owner, the chances of problems arising at the eleventh hour are high. And if such problems arise, they can even squash the deal. But even if the deal goes to closing, the chances that the seller will be unhappy post-closing are equally high.

Seller remorse is not unheard of in our business. In fact, we’ve seen too many instances of seller’s remorse and it’s not a pleasant thing to witness. In our business, examples of seller remorse can result from any number of emotional and financial aspects of the sale. To lessen the chance of seller remorse, time must be spent preparing the seller for the sale as well as preparing the business to be sold. If you’re a professional business broker, making sure your selling client is prepared for the sale – and for life after the sale – could determine whether you can get that deal across the finish line. If you’re a business owner thinking about selling, you’ve got to make sure that, post closing, you aren’t saddled with a bad case of seller’s remorse. To accomplish this, you must properly plan.

Financial remorse can be long term or immediate.
It’s immediate when the seller realizes at the closing table that the net proceeds of the transaction will not be enough to fund the lifestyle he or she had hoped to live post-closing. The seller might think that, if they’d waited another year or two, the business would have been more valuable and they might have gotten a better price for it. This type of remorse can occur even before the deal is closed. It can even surface at the closing table. And when it does, the chances of the deal actually getting done can quickly get slimmer and slimmer as the seller realizes he is unprepared financially and will eventually have to find some other work. Financial remorse can also manifest itself years later and generally appears when the seller, suddenly facing the prospect of having to go back to work, utters the phrase, “I wish I’d never sold that business!” Avoiding this type of remorse is one of the reasons I often talk and write about the necessity of planning, a component of which is knowing what the business is actually worth, of course, but also knowing what the tax ramification of a sale will be. For any legitimate offer, the seller must know what the closing proceeds will be and how those proceeds will be paid out.

Planning and analysis is critical to getting this right. A profitable, well-run and properly-priced business is likely to attract multiple offers. The financial terms of each must be analyzed for cash-flow to the seller. Is the sale structured to provide long-term financial benefit to the seller? Is it structured to mitigate, to the extent possible, the seller’s tax liabilities? But the planning doesn’t stop there. 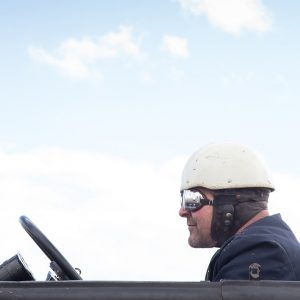 What will the seller do after the business is sold? Do they plan to start another business? Are they launching a world tour to study the effects of good Scotch at various altitudes? Are they planning to race exotic cars? Or do they see themselves relaxing on the porch whiling away the time? Each level of activity – each “next stage” – requires a different level of financial wherewithal. Does the deal provide that wherewithal? A year or two ago, I wrote about the difference between spending time sitting on the porch drinking mint julips versus racing 75 foot yachts around the world with the BIG Dog. Each passion requires a different balance in the ol’ checking account. If the seller runs out of money before he or she runs out of time, seller remorse is likely to kick in with the realization that the money’s not going to last. As important has knowing what the proceeds at closing will be is knowing what the seller plans to do next and what that will cost.

The other major aspect of selling a business is emotional. Most owners of businesses see their business as their identity. I certainly did. Anyone who has been following this blog for any length of time knows that I sold a business in the mid-1990s – and that I was woefully unprepared to sell it. The emotional toll was not inconsiderable. The reason I was unprepared is that the business was not for sale. I received an unsolicited offer. Though the dollars were eventually negotiated to an acceptable level, I had no time to consider what I was going to do next. Most people – especially the kind of people that start or own businesses – need to have a reason to get out of bed in the morning. They need a purpose. So, an important part of the planning ahead of a sale is to determine what that purpose is. How will the seller – the newly-minted “previous owner” – spend their days?
Knowing the answer to that question is extremely important in avoiding seller remorse. The seller will be frequenting the same local businesses, restaurants and clubs after the sale as they did before selling. 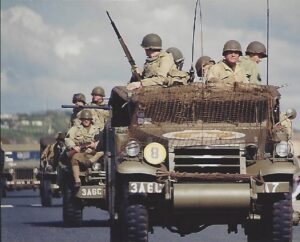 I remember being in a grocery store a couple of days after my deal closed and running into a friend who asked how business was. I was momentarily stumped as to how I should answer – and when I finally did blurt something out, it was only, “I just sold it.” Not my greatest oratorical moment, to be sure. But if I’d had something planned, I would have said something like, “It’s going great! I just started providing tours of World War 2 battlefields for descendants of the soldiers that fought!” (something that I actually eventually did myself). Business owners are known in their industry and their community as the “owner of such and such business”. They project themselves as the owner. It’s their identity. When that business is sold, they have to have a new identity – a new purpose – to jump into. Life will be unsettled until they find one.

As I summed up two weeks ago, planning, preparation and the right advisors – and listening to them – are the three main keys to successfully selling a business. But knowing that the seller is prepared emotionally is important from the standpoint of getting the deal closed. The seller has to have a purpose after they have exited a business that has been their “baby” for a long time. We’re in the midst of a deal right now that the first signs of seller remorse are just surfacing – two weeks before the deal is scheduled to close. We’re not sure what’s going to happen at this point but, even at this late stage, the seller might try to walk away from the deal – after the buyer invested a great deal of time and money in due diligence. If that happens, the buyer has several options all of which are confrontational. This could get ugly. I’ll update you when we know what direction this little fracas will take.
If you have any questions, comments or feedback on this topic – or any topic related to business – I want to hear from you. Put them in the Comments box below. Start the conversation and I’ll get back to you with answers or my own comments. If I get enough on one topic, I’ll address them in a future post or podcast. I’ll be back with you again next Monday. In the meantime, I hope you have a safe and profitable week! Joe