Buying a Business in Bankruptcy

3 January 2022: Buying a Business in Bankruptcy 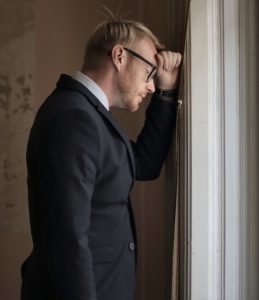 “Bankruptcy” is a dreaded word in pretty much all aspects of life. But bankruptcy is also a legal tool that is available to businesses when sudden legal, financial or other catastrophic setbacks – such as the random pandemic – strike.

As it pertains to business, there are different categories of bankruptcy. One is “liquidation” in which a business liquidates – or sells all of – its assets and the proceeds of that sale are used to pay down its debts. In such cases, most of the business’ creditors will still be owed money but those remaining balances will be considered uncollectable.

But there is a second bankruptcy category, known as “restructuring”, in which a business deemed salvageable as a “going concern” buys time to recover from a setback by restructuring its debt. It can do so in any number of ways; establishing payment plans, requesting lower interest rates and negotiating forbearance periods (a temporary suspension of payments) are all examples.

Most jurisdictions whose legal system is based on British Common Law have their own version of bankruptcy – though the process may go by a different name. The idea is to provide a way to either wind down a failing enterprise or to provide a mechanism for a damaged business to recover.

A Couple of Examples

A business that is being liquidated in a bankruptcy situation is rarely an attractive target for purchase. It’s assets may be – as they can usually be purchased at a steep

discount – but the business itself is likely to have ceased operations some months before any asset sale would occur; and a business that has not been operating for even a short period of time is, in our experience, no longer a business but rather a pile of used assets.

We offer a comprehensive coaching program specifically tailored to Realtors that want to sell businesses, business owners and to anyone that wants to become a business broker.

The first one comes from our colleagues in the UK and describes the trials and tribulations of a small chain of retail shops (or “shoppes” for our British friends).

The owners of this chain thought they spotted a wonderful market opportunity and decided to launch a separate line of shoppes under a new brand name. Unfortunately, after about three years, this idea proved to be an unmitigated disaster. All the shoppes of the new brand had to be shuttered and that process took a frightful financial toll on the parent company – so much so that the owners ended up in the untenable position of not being able to pay all their debts.

They felt they could, given time, recover, but to do so they would have to get some temporary relief from their financial obligations. To assure such relief was accessible, they placed their business into the British version of a restructuring bankruptcy. 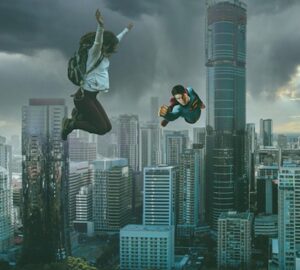 But it soon became obvious that the business might not be salvageable and the owners realized that they had two options: they could liquidate and recoup a small fraction of the value of the assets or they could sell. And that last option would exist for only a short time.

Wisely, they hired a professional business broker/intermediary for advice and guidance. (Though I haven’t seen the photos, rumor has it that our professional swooped in wearing a cape.) This professional, knowing that it would take months to get this business ready for sale and to find a buyer, suggested that the most logical buyers were the management team that has been running the chain of shoppes for a decade.

Sure enough, these employees – who had an obvious interest in keeping this business going – agreed to buy. Because the buyers were a group of employees that has been managing the business for years, the business’ bank was willing to lend to make the acquisition happen.

The deal was done, the business exited the bankruptcy proceedings and – at least as of this writing – everybody lived happily ever after.

This second example comes from our files and involved a wholesaler/distributor in the U.S.

This company had been in business for about six years and had grown from $0 to more than $2 million in annual revenue. The nature of its business was somewhat seasonal in that it shipped several hundred thousands of dollars in July and again in December with payment terms of 30 days. This meant a line of credit was essential.

One November, its bank, for no good reason we could determine, cut off the company’s line of credit – just as it was getting ready to ship about $300,000 of product. Things looked bleak.

The owner knew he needed the time to line up new financing and, on the advice of his attorneys, placed the business in a restructuring bankruptcy. This is as example of a strategic bankruptcy. He knew his customers were going to pay but he had to assure the company’s survival until those receivables were collected.

The first was that he was able to line up an emergency short-term line of credit – one that would have to be paid off in 90 days. But the second was that he was referred to us as a possible referral to some long-term financing.

When we met, we asked about any interest he might have in selling. His response” “I’m open to anything reasonable”.

Like most professional business brokers and M&A advisors, we keep a database of buyers – including private equity groups and high net worth individuals – that have contacted us over the years. From those contacts a small group of investors was found and the deal was done before the line of credit had to be retired.

These two examples show that buying a business that’s in a bankruptcy proceeding to restructure – rather than to liquidate – is a viable way to acquire a good business.

In the first case, selling to employees was an obvious solution – and employees are often the first “buyer” to consider whether the business is in bankruptcy or not.

In the second case, the investors were aware of the company and its growth over the previous six years. They felt that growth was likely to continue.

Buying a business that is in a bankruptcy proceeding is often a smart way to acquire a good company for several reasons.

One big one is that there will likely be much less competition from other buyers; we’ve found that most buyers are uncomfortable with buying a business in bankruptcy. Another reason is that, in certain circumstances, the price a buyer would pay might represent significant value.

But as always, hire the right talent. If you’re buying a business that’s in a bankruptcy proceeding, you’ve got to be able to determine the reason(s) it’s in that situation and whether or not you believe it can be resuscitated – or if it’s in its death throes.

Finally, an important point for business owners to remember:

Employees are an ideal buying group, whether your business is in trouble or not.

We have a buyer for a southeast U.S.-based specialized manufacturer or provider of business and industrial services with EBITDA between $3 million and $25 million.