Skip to content
“The first thing we do, let’s kill all the lawyers”

Well, that may be a little extreme but the sentiment expressed in that line of Shakespeare’s three-part play can sometimes be related to by business brokers and sellers – and even buyers. 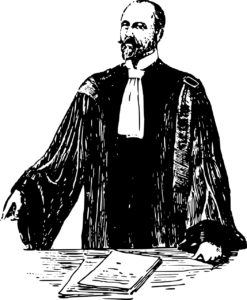 There’s an expression in many industries that goes something like this: “Everything was going fine until the lawyers got involved.” You may be familiar with it. As business brokers, we deal with attorneys all the time. In any sale of a business of even modest size, one or two lawyers are usually involved – and the larger the deal, the larger the group of lawyers is likely to become. The sellers will probably have their lawyer involved, the buyers will almost certainly have their lawyer on speed dial and even the lender providing the financing will, in all likelihood, add its lawyer to the mix. As you might imagine, the potential for the deal collapsing increases in direct proportion to the number of lawyers in the mosh pit. We just completed a deal that was nearly derailed by a lawyer; but mainly because she came late to the party.

The business in question was modest in size, with a valuation of $2.45 million. The deal was negotiated and the price agreed to by the parties. We represented the sellers. The buyers were professional, and experienced with and comfortable doing deals of this size. They understood the process, were familiar with contracts, addenda, exhibits, due diligence, amendments, etc. It was a co-broking situation and they were represented by an experienced professional business broker. Being experienced themselves, both our clients and the buyers felt confident in their ability to analyze the opportunity, identify risks and complete negotiations competently – and that they had professional and knowledgeable representation in their respective brokers. Neither side felt the need to “lawyer up”. Once a final valuation and terms were agreed to, documentation was prepared and due diligence commenced. Sixty days later, some adjustments to the terms and conditions were made as a result of some minor issues that turned up during the due diligence process and everyone was now moving forward to close on this deal. The buyers lined up a source for the funding. The lender’s underwriting department signed off on the proposed loan and, shortly thereafter, the loan committee gave the final go-ahead. A closing date was set and we all waited for the lender to complete its paperwork.

There was real estate involved in this transaction and when real estate is involved certain additional steps, considerations and documents become part of the process. In the event, both brokers had substantial commercial real estate experience and, being familiar with this process, had been taking the additional steps and gathering the required documentation necessary to close the deal. Experienced brokers know that some lenders require certain documentation and exhibits while others don’t and the brokers studiously worked to get clarification from the lender in this deal if anything unusual would be requested but were assured that the lender had everything it needed. All was now proceeding smoothly and the closing date that the parties had agreed to a couple of weeks earlier was now only about 10 days away. And that, my friends, is when the first lawyer showed up.

The lender, you see, had an attorney and that attorney had to illustrate her worth to her client. All of the things the lender said were not needed – along with a bunch of other stuff – were now on the “must have” list that the attorney sent to the settlement company. The settlement company, in turn, sent that list to the brokers with  a note saying that “this deal can’t close until all of this (stuff) is in hand.” The brokers started to scramble. New documents were created, introduced and added to the folder with the original file docs. One of the sellers brought in its own lawyer, doubling the lawyer count – and the potential for torpedoing the deal – overnight. Everyone that touched any of the new documents just had to make some edit. The closing date was pushed back two weeks and the odds that this deal would close were getting smaller and smaller. The email thread – to say nothing of the transaction file and pile of closing documents – continued to grow until, finally, our broker suggested that the buyers’ broker have the buyer call the lender and tell them to put a leash on their attorney or the buyers will move their note to a more reasonable lender.

The lender’s lawyer was reluctant to step aside and began warning of all manner of catastrophe that could happen if she did. More emails went flying. The settlement company expressed astonishment at the lawyer’s requirements. And the closing was pushed back another two weeks. Thankfully, the buyers’ broker eventually got to the lender’s decision-maker who assured us that the lender would not let this deal sink and committed to close without any further extension of the closing date, with or without the lawyer’s say-so. And they did. The lender decided that some of the “(stuff)” the lawyer requested could be provided post-closing and some not at all. Everyone – possibly excluding the lawyer – breathed a sign of relief.

Now, this ordeal and the widespread aggravation that resulted was not directly caused by the lawyer; it was more the fault of the lender insofar as it did not bring the lawyer in until we were getting close to settling the deal. It is, therefore, a cautionary tale for business brokers. To the extent possible, make sure that any party to the deal that will be bringing any outside advisors to the party is aware of the urgency to get such advisors to the table early on.
And make no mistake, I mean no disrespect to lawyers; in fact, I’ve got one in my own family and he’s a hell of a nice guy! And I’ve written previously about the type of talent – including legal talent – that should be considered by any business seller and I’m steadfast in the position. But the broker’s job is to shepherd the deal – and the participants – across the finish line. Making sure that the parties that are needed to close the deal are in the loop early will make that job MUCH easier. If you have any questions, comments or feedback on this topic – or any topic related to business – I want to hear from you. Put them in the Comments box below. Start the conversation and I’ll get back to you with answers or my own comments. If I get enough on one topic, I’ll address them in a future post or podcast. I’ll be back with you again next Monday. In the meantime, I hope you have a safe and profitable week! Joe