Three Ways to Sell a Business 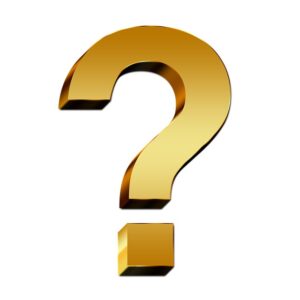 What’s the best way to sell a business? Is there a “best” way? Before we answer either of those questions, we should determine how many ways there are and describe them. Knowing the options is important from a business owner’s standpoint – which makes it important also from the standpoint of a professional business broker. Why? Well, from the owner’s standpoint, the issue is controlling the process. From the business broker’s standpoint, advising your clients – or your potential clients – as to the process, as well as the benefits and pitfalls or each method, is critical to getting the business owners to make the decision that is best for them.
All that said, there are three basic ways for a business owner to sell a business:
• The do-it-yourself method
• The accidental seller method, and;
• The deliberate, professional method.
Let’s take a look at each.

A business owner that plans to sell his or her business themselves brings to mind the old saw that a lawyer that represents himself has a fool for a client. But in the field of business mergers and acquisitions, the foolishness is exacerbated but the fact that the business owner has no experience whatsoever in the process of selling a business. At least the foolish attorney usually has a law degree!

We’re about to launch a coaching program specifically tailored to Realtors that want to sell businesses and to novice business brokers. If you’d like to learn more, email me at joe@WorldwideBusinessBlog.com

When business owners try to sell their business themselves, they take away significant valuable from time running their business. This jeopardizes – indeed “stunts” – the business’ growth and profitability. When the owner takes their eyes off the ball, the business generally begins to suffer and the result is usually a lowering of value. From preparation, valuation, marketing, vetting of potential buyers, negotiating the deal, getting it financed, shepherding it to the the closing table – all the while maintaining confidentiality – it takes time to sell a business, especially if the seller wants the highest possible value for his business. The DIY approach is almost guaranteed to fail – or to result in the seller walking away at the end with far less dough to fund the next phase of their life than would have been the case if they’d focused all their time on the business itself, not the sale.

Sell a Business: The Accidental Sale

Many businesses are sold because someone shows up and says, “I want to buy your business.” Well, “What’s wrong with that?”, you say. Plenty, as a matter of fact.
Those of you that have been reading these posts for any length of time know that this is essentially what happened to me. 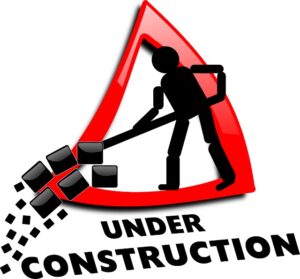 I started a business in 1991 and was approached by a buyer a few years later. Though I had a vague idea that, someday, I would cash out, I had no intention of selling at the time and had done no planning with regard to selling. I was simply trying to grow the business figuring that I’d sell it someday down the road. Big mistake. I had no idea what the business was worth. I had done little to make the business attractive to a buyer. I didn’t expose the business to the largest possible number of buyers (which would give me the best chance of getting the highest price for it). Most importantly, I’d not planned for a life after selling. In short, I did nothing to assure that I’d get the highest value for my years of work – and even LESS to assure that I would be able to live as I wanted to post closing. In fact, I hadn’t even considered how I wanted to live post-closing! Not having a plan means not having control. As long-time readers know, the event proved the saying that everything’s for sale – for the right price – and the business sold. I spent the first month wandering around, dazed and confused before I was able to make a decision about anything serious. And then I simply ran away. Well, I actually ran to the airport, bought a one-way ticket to Paris and spent a good portion of the next four years wandering around Europe. Blissful in the long run but harrowing in the short. And if I’d had a family, there’s no telling what the fallout would have been. Planning – deliberate and for both short and long term – is critical to assure that the accidental sale is not a catastrophe.

Sell a Business: The Professional Method

If you need some dental work done, you don’t do it yourself.  If somebody shows up at the door saying that they’re doing some dental work in the neighborhood today and how about they do some on you, you don’t bring them in, open your pie-hole and tell them to have at it! You head for the dentist! Well, it’s the same with selling a business. And given the fact that selling their business will likely be the most significant financial transaction ever undertaken by the owner, the professional method of selling a business is arguably far more important than getting the right dentist!

And the professional method is using a professional business broker. Why? Because most of them – at least most of those that have been properly trained – know what the heck they’re doing! I’ve waxed eloquently in the past about the need to have the right team in place and that team includes the front line member: the business broker.

So, yes, there are several ways to sell a business. Arguing against the DIY method is pretty easy. Just remember the dentist analogy! The accidental method means that the owner must be prepared at all times for somebody to walk in saying they want to buy. But we’re often the people that “walk in.” When we represent buyers, we’re the folks that will walk in and say we’ve got a buyer for you. It’s a little late at that point to get the business looking tip top. The professional method is the one that is likely to result in the smoothest transition, the highest value and the best post-closing result. If you have any questions, comments or feedback on this topic – or any topic related to business – I want to hear from you. Put them in the Comments box below. Start the conversation and I’ll get back to you with answers or my own comments. If I get enough on one topic, I’ll address them in a future post or podcast. I’ll be back with you again next Monday. In the meantime, I hope you have a safe and profitable week! Joe