Does selling franchises make sense for a business broker? Well, yes and no. 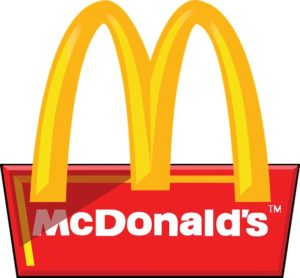 Over the years, we’ve been approached by various companies – both franchisors and franchise brokers – about our brokers selling whatever brands those companies have on offer. After plenty of consideration, a lot of research and a fair amount of experience, we’ve concluded that, depending on the type of franchise, it might make some sense. So, what do I mean by “the type of franchise”? I’m not necessarily referring to specific brands – such as Tim Horton’s bakery and donuts or Century 21 real estate or AAMCO transmission shops – well known or not so well known. Nor am I referring to the size of the investment – such as Intercontinental Hotels or Casino grocery stores or even McDonalds. Though well-known brands and investment size mattered when identifying buyers, in our experience, neither mattered much to the health of OUR business.

Can We Make any Money?

Based on the number of franchise brokers out there, one would assume that there is some money to be made selling franchises. But not all franchise companies permit brokers to sell their brands.
As a rule, the larger companies have their own in-house marketing arms, though most of the smaller franchise companies do utilize franchise brokers. Generally, the larger the franchisor, the more likely it will bring its franchise sales in-house. But we also found that, as in our business, there are more buyers for Dairy Queens or FastSigns or Liberty Tax than there are for Marriott Hotels or McDonalds. Which is to say that, just as in our business, the Main Street or “Mom and Pop” market equivalent in the franchise industry – the lower priced opportunities – are where most of the action is for brokers selling franchises. But the math has never been very impressive from a business broker’s standpoint – at least to me.

Franchisors generally pay brokers a percentage of their franchise fee – and that franchise fee usually represents a pretty small percentage of the overall cost of opening a franchise. I started my first – of three – franchise companies in 1989 and my experience in the industry suggests that for franchisors, the franchise fee is a “break-even” number at best – at least for small and mid-size franchisors – and a “loss-leader” at worst. Franchise companies make their money on the continuing royalty or licensing fees, paid monthly by the franchisees. Over the term of the franchise agreement, these monthly fees will dwarf the initial franchise fee. AAMCO’s initial franchise fee – from which a broker would be paid – is $39,500. Even if AAMCO gave the broker an overly-generous cut of a third of the fee – unheard of in my experience – the broker earns about $13,000. Century 21’s franchise fee maxes out at $25,000. Tim Horton’s ranges from $15,000 to $50,000. Franchise companies make their money from royalty and/or licensing fees – a percentage of the revenue each franchisee generates every month. And that percentage generally ranges between 6% and 14%. We found two significant downsides to acting as franchise brokers, either for the franchisors directly or in conjunction with franchise broker companies. First, there’s a lot of competition from franchise brokers and, second, there’s not enough revenue in return for our efforts. Our experience strongly suggested that trying to sell new franchises was not a wise use of our time and money.  However, selling existing franchise units – essentially reselling franchises – is a completely different ball game.

Over the years we’ve been approved resellers of franchised units for roughly 35 small and mid-size franchisors. What’s the difference between selling new versus existing franchises, you ask? Well, there are two significant ones.

1) The only competition is from other business brokers – not franchise brokers nor the franchise companies themselves.

Why? Because franchise companies realize that if they – or their brokers – start offering existing units for sale they will cannibalize new unit sales. Franchisors want to grow their unit counts. Their franchise contracts require minimum ongoing royalty or licensing payments from existing units. Selling new units – not selling existing ones – is the path to growth; not only growth of unit numbers but also growth in monthly revenue.

2) The commissions or success fees are infinitely greater if you sell an existing unit.

To give you just one example of this, as I write this post, I’m aware of at least seven existing AAMCO franchise units currently being offered for sale. The average price? $351,000. Do the math, bucko! A modest exercise of that gray matter between the ears will tell you that selling a new AAMCO franchise will earn you – MAYBE – $13,000. Selling essentially the same thing to the same buyer will earn you roughly three times that – as well as the lasting gratitude of – to say nothing of referrals from – the seller.

In our considered opinion, brokering new franchise units – regardless of the brand name, the size of the chain or the amount of the investment required – is not a good use of a professional business broker’s time.
But selling existing franchise units is.

If you have any questions, comments or feedback on this topic – or any topic related to business – I want to hear from you. Put them in the Comments box below. Start the conversation and I’ll get back to you with answers or my own comments. If I get enough on one topic, I’ll address them in a future post or podcast. I’ll be back with you again next Monday. In the meantime, I hope you have a profitable week! Joe

#business #businessacquisition #sellabusiness #becomeabusinessbroker #businessbrokering #businessvaluation #MergersandAcquisitions
The author is the founder of Worldwide Business Brokers and holds a certification from the International Business Brokers Association (IBBA) as a Certified Business Intermediary (CBI) of which there are fewer than 600 in the world. He can be reached at joe@WorldwideBusinessBlog.com