Sellers retaining assets is not unheard of in our business, especially when we get into the lower Middle Market and above or when we’re working with a very specialized business.

When we assist with the sale of a business, it is generally considered an “asset sale” in that it involves the sale of all the assets of an ongoing business – and an asset sale is generally preferable to a stock sale insofar as an asset sale significantly reduces the buyer’s potential for liability due to past actions or inactions of the seller.

But this discussion is about a business owner selling his or her ongoing business except for certain assets. How should a broker handle this when discussing the sale with the business owner? Well that depends on the assets the owner wants to keep.

There are all sorts of assets: inventory, real estate, FF&E (furniture, fixtures and equipment), tools, accounts receivable, intellectual property (IP), patents, trademarks, licenses and on and on. I’ve done posts on how to handle real estate when brokering the sale of a business as well as on how to deal with fluctuating inventory as the closing date approaches. This post gives an example of a simple deal in which a critical piece of equipment was retained by the seller. It also describes a more complex deal in which the seller wanted to keep a particular technology he developed and license that technology to the buyer.
Let’s start with the simple deal first.

Hold on to That Crane! 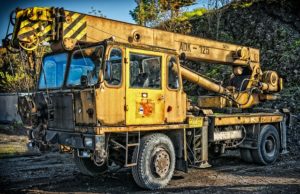 One of our U.S. clients designed, fabricated and installed large metal works over a multi-state area. Many of this client’s projects were of a size that a crane was required to handle the installation. Many builders, sign companies, industrial heating and cooling companies and many other businesses have an occasional need for a crane but, as you can imagine, not everybody has a spare 50-ton Manitowoc lying around and so, over the years, our client picked up more and more crane business that was really unrelated to his fabrication business. He liked operating the crane. Lifting jobs paid well and, as he was in his 60s, sitting in an air-conditioned cab moving levers had a certain appeal over sweating over torches and hot metal in his facility; and it was a nice respite for his aching back. When we met to discuss the sale of his business, he made it clear that he wanted to sell everything except the crane and that he would offer his crane services to anyone who bought his business as well as to the market at large. Our job, then, was to determine what percentage of the company’s revenue and expenses were attributable to the crane, recast the financials to reflect that and then add back any expense the owner would have incurred if he’d had to hire a crane for his jobs.

The result was a somewhat lower value for his business, a fact that helped the buyer make the deal work and not have to worry about having a $250,000 piece of equipment sitting idle most of the time. It also guaranteed that the seller would be able to generate income from the crane for the foreseeable future. And we calculated that the income from the crane would, within three years, exceed the reduction in value that business “suffered”. As with all the “best” deals, everyone was happy.

Hold on to That Patent! 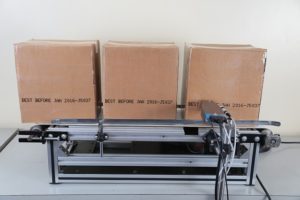 A more complex situation arose when we visited a client that produced paper products such as packaging, boxes and shipping envelops for logistics and shipping companies. This client had designed and overseen the development of technology that made the fabrication of his products more efficient and less costly by a significant factor. He had patented this technology.
When it came time to sell his business, he wanted to retain ownership of the technology but realized that his business’ value would, in no small measure, be based on the use of that technology. But we thought that the technology might have a future value significantly higher than what it would have if sold with the business. We suggested that he set up a separate entity that would own the patent, transfer the patent to that entity and license the technology to the buyer.

This, of course, precipitated a number of issues. among them:

What did we do? We discussed the benefits of finding some middle ground and ended up giving the buyer a period of exclusivity after which the seller would be able to license the technology to others. This approach resulted in a higher initial value for the company we were selling but also gave the seller the opportunity to maximize the value of the license over time. Were there risks in this approach? Yes, there were several. The biggest one was the possibility that the technology would become obsolete by the time the exclusivity period expired. The seller deemed this unlikely and struck the deal, happy with the results. If you want to become a business broker, you’ll learn that – with apologies to any PETA members among you – as the old saying goes, there are “many ways to skin a cat”. You’ll also learn that this expression is pertinent to all aspects of structuring deals.

If you have any questions, comments or feedback on this topic – or any topic related to business – I want to hear from you. Put them in the Comments box below. Start the conversation and I’ll get back to you with answers or my own comments. If I get enough on one topic, I’ll address them in a future post or podcast. I’ll be back with you again next Monday. In the meantime, I hope you have a profitable week! Joe

#business #businessacquisition #sellabusiness #becomeabusinessbroker #businessbrokering #businessvaluation #MergersandAcquisitions
The author is the founder of Worldwide Business Brokers and holds a certification from the International Business Brokers Association (IBBA) as a Certified Business Intermediary (CBI) of which there are fewer than 600 in the world. He can be reached at joe@WorldwideBusinessBlog.com