This is Part 4 – the final installment in our 4-part series – on FSBOs – “For Sale By Owner”; businesses that the owners themselves are trying to sell, without the help of any professional that knows how to do it. This post is about the details of two such instances in which we were tangentially involved. And by “tangentially”, I mean we were observers in one instance and the bearers of extraordinarily bad news in the other.

For those of you are coming late to this party – or for those who just need a refresher – Part 1 was a discussion of  two points: price as it’s related to value and that there’s a lot of competition out there – a lot of other businesses for sale that you’re going to be competing with. In Part 2, we discussed the different types of buyers and the marketing of a business for sale. In last week’s post – Part 3 – we discussed some of myriad issues and tasks that most be undertaken to successfully value, market and sell a business. It was also meant to illustrate that the time required to perform these tasks successfully is likely to detract from the time that must be spent to keep the business  humming along at peak performance levels in order to keep that business from losing value during the selling process.

So, on to our two examples. They aren’t pretty.

The business in this story (from 2020) is a moderately upscale restaurant in an East Coast resort area. It’d been around for at least 25 years and enjoyed a good reputation. We’d heard that the owners had been interested in selling since at least 2012 and we’d actually contacted them to see if we could help but they never acknowledged our overtures.

Not unlike many such scenarios, after trying unsuccessfully for about two years to find a buyer – using word-of-mouth and regular newspaper ads – they started using various real estate agents in the hope of finding a buyer. And because the real estate agents thought that having a fairly good sized business for sale made them special, they were all as happy as clams to take the listing.

But remember my oft-repeated axiom: the only reason something – anything; a house, a car, a sheet of plywood or a pound of potatoes – doesn’t sell is that the price is too high. Though these owners changed direction – and agents – at various points over nearly six years, they hardly changed the price they wanted for the business.

But the key point here is that no one within a mile of this transaction had any idea what the business was worth, let alone how to sell it. And by hiring real estate agents, the owners were looking for guidance from people who had no more knowledge about selling a business than they had. They could have been just as successful if they’d hired a dentist.

We offer a comprehensive coaching program  – both group coaching in our Brokers’ Roundtable community as well as one-on-one coaching – tailored to Realtors, business owners , buyers and anyone interested in valuing, buying or selling a business.

When we were finally contacted in early 2018, the business was listed in the local multiple listing service – where no one, in the history of the world, has ever gone to find a business to buy – for $1.75 million. About 18 months later, the real estate agent who had the listing at that point contacted us to see if we would be able to help her sell the business.

By that time, of course, at least two of the three cardinal rules of business brokering had been broken: confidentiality and the relation of price to value. As such, we were hesitant to get involved. But if we could help on some level, we wanted to. 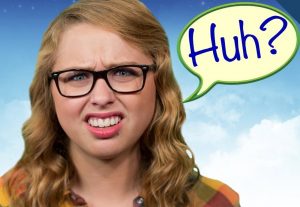 The first thing we did was to ask for the price justification. The usual response to such a request is either, “what do you mean?” or “that’s what the owner wants.” The owners apparently didn’t think a valuation was important. They wanted X and that’s where the real estate agent priced it.

We, of course, never take a brokerage assignment unless a legitimate valuation has been done and the seller acknowledges the importance of the price bearing some relation to the value. In this case, we did a cursory review of the numbers and, as it turned out, the price bore no relation whatsoever to the value (no surprise to us).

Our thumbnail estimate of value was in the vicinity of $1 million – far lower than what the sellers wanted and what the real estate people were trying to sell it for. With an asking price of $1.75 million – roughly 75% more than the business was worth – it’s little wonder that no buyers had surfaced.

But the owners were stubborn and the agent was brimming with false confidence so the slog continued. Another two years went by and we learned that a buyer finally agreed to buy – but the sale price was only $900,000.

The business’ best years were when the owners started trying to sell. But because of the lack of confidentiality, a expectation of price woefully unrelated to value, the amount of time the sellers had to spend dealing with tire-kickers and the total absence on the part of the owners and the real estate agents or any knowledge of how to sell as business, over time the business lost value – and in fact sold for about 10% less that we thought it was worth 18 months earlier – and took FAR longer than it should have.

In this instance, we were first contacted by one of the owners of this business in 2008 – and 14 years later, this story of still unfolding!

Initially, this was a divorce situation and when we first got involved, we were working for the spouse who would become the ex-wife. We did a valuation that suggested the business was worth roughly $400,000. The soon-to-be ex-husband, having found a new playmate, expressed his regret for screwing around by “generously” offering $90,000 for his ex-wife’s 50% share. Needless to say, this was going nowhere – and there was, as we often find, no clause in any of the business’ organizational documents that provides for one of the owners to exit so the battle was joined.

For the next decade of so the business was operated as the two owners tried to avoid each other but they apparently came to an understanding because in 2020, we were contacted by ex-husband who announced, via email, that he “was selling the business and if (we) knew of anyone that might be a buyer to let (him) know”. He was handling the sale himself. The price? An eye-popping $1.85 million. Absent the discovery over the previous 10 years of 80 million barrels of crude oil under the building, this was fantasy.

About 18 months later, having been woefully unsuccessful in finding a buyer, the owner exhibiting a level of cluelessness that suggested he uses a cabinet market to fix his teeth, enlisted the help of a residential real estate agent. BAM! Into the MLS – where no one in the history of the world has ever gone to find a business for sale – it went at the bargain price of $1.8 million.

Fifteen months later, the price was reduced to $1.5 million – and the real estate agent, who I know, contacted me. As in all such cases, I asked how the price was arrived at; was there any economic justification. Also in all such cases, the answers were “that’s what the owner wants” and “no”. At my request, he forwarded some financial information.

A cursory review of the profit and loss statements (tax returns weren’t provided because the seller hadn’t provided them to the agent) seemed to suggest that the average annual Discretionary Earnings might have been around $200,000. But no one involved made the slightest attempt at determining what such earnings might be worth.

But think about this for about 30 seconds. 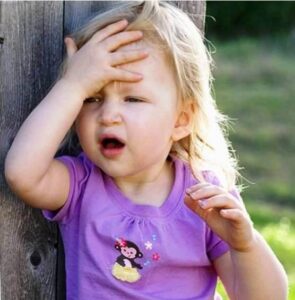 Assume that the DE was, in fact $200,000. And then assume that the owner – or a buyer – took half that as salary for running the business and shouldering all the risk that entails. Next, assume the extremely remote possibility that there will be ZERO need for any capital improvements (computers, printers, telecom, etc.) over the next decade or two. With all these assumptions (the last one highly unlikely) this would leave roughly $100,000 annually to pay down acquisition costs. Assuming both the buyers cash down – no matter how much it was – and the financing required was $1.8 million, it would take more than 46 years for this business to pay for itself!

These are simple calculations – but again, no one within a mile of this disaster  knew what the hell they were doing.

If you’re manufacturing widgets or Whoppers; if you’re providing a tax service or a towing service; if you’re selling tires or wires, trying to sell your own business is almost always a recipe for disappointment.

In the first example, it took eight years for a simple business to sell; first, because the owners tried to sell it themselves and then assigned the job to a real estate agent (or maybe a dentist) with the same amount of experience and knowledge as the owners – which is to say, “none”. Eight years of heartache, disappointment and loss of value. If they’d hired a pro, the sale should have happened in 12 months and at a hire price. Investing just half of the proceeds, over the ensuing eight years, the ultimate net would have been significantly higher.

In the second example – which is still unfolding – the real estate agent knows the problem; but like almost all agents, won’t advise the clients to contact the right professionals to get the job done.

If your teeth need fixing, if your car needs repair, if your needs patching – you call a dentist, an auto mechanic or a roofer. You don’t try to do any of these things yourself. And even if you try to fix your own roof but it still leaks, you don’t call a dentist – or real estate agent.

I’d like to hear from you. What topics would you like me to cover? How can we tailor these posts to be more useful to you and your business. Let me know in the comments box, below, or email me at joe@WorldwideBusinessBlog.com.

The author is the founder, in 2001, of Worldwide Business Brokers and holds a certification from the International Business Brokers Association (IBBA) as a Certified Business Intermediary (CBI) of which there are fewer than 500 in the world. He can be reached at joe@WorldwideBusinessBlog.com