A couple of weeks ago, our post was about our internal survey about how the market looks for selling a business in 2022.

Every year, we ask brokers in our network – including those that have taken our course – how they see the next 12 months unfolding in their geographic area. If you read that post – which, if you haven’t, you can do here – you know that, generally speaking, we think the market is still strong and, with some minor considerations, will remain so throughout the year.

But we recognize that we don’t operate in a bubble and it’s good to hear what others in the industry have to say about the current market for selling a business and this post is about giving you a couple other opinions, both bullish and bearish. But bear in mind that the world changed last Thursday night as the Russian bear invaded Ukraine, an act of provocation that will irrevocably alter lives and decisions in ways it’s far too early to understand. 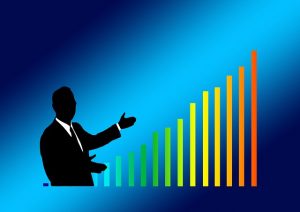 According to BizBuySell’s Q4 2021 Insight Report, the median sale price of small businesses grew 16% over the past year. By comparison, the median revenue of sold businesses increased 9% and the median cash flow was up 11%. This indicates that buyers are willing to pay a premium for businesses that are performing well. The types of businesses most in demand include pandemic-resistant businesses, such as liquor stores, gas stations, convenience stores and auto shops in the Main Street Market and healthcare (skilled and unskilled), technology support, eCommerce and businesses with recurring revenue streams in the lower Middle Market.

BizBuySell’s 2021 Small Business Survey indicates other demand trends. Businesses with trained and skilled employees rank high in desirability. And the industries seeing the most buying activity include the service sector, restaurants (in spite of copious shutdowns, a perennial favorite) that have adapted to the new Covid-based environment, and wholesale/distribution companies.

Another positive is the increased sense of entrepreneurial passion among workers, especially millennials. This shift is supposedly borne out by the so-called Great Resignation, where more individuals are choosing entrepreneurship over returning to an eight-hour day in a workplace employee situation – even though entrepreneurship is almost guaranteed to result in 12-hour days. To support this theory – at least in the United States – the U.S. Census Bureau reports receiving a record number of business applications. As a result, demand for existing businesses – and franchise development – is expected to remain strong this year.

We offer a comprehensive coaching program tailored to Realtors, business owners and anyone interested in buying or selling a businesses.

Finally, given the widespread uncertainty brought about by Covid 19, many owners who might have sold during the past two years chose to hang tight to see how things would unfold. This has created an imbalance between sellers and buyers in which the number of buyers exceeds the number of businesses actively being marketed. Not surprisingly, sale prices are expected to increase as buyers continue paying premium prices for these businesses.

Right now, it’s a sellers’ market. However, the world is learning to live with Covid – now classified as “endemic” in many parts of the world – and as more and more Baby Boomers join the Silver Tsunami, we are likely, at some point in the near future, to reverse this seller advantage and watch it turn into a buyers’ market.

At the  moment, buyer demand is strong, interest rates are still low, there’s a lot of money floating around looking for a place it will be well-treated and businesses are selling at record prices.

But potential headwinds are popping up everywhere on the horizon. 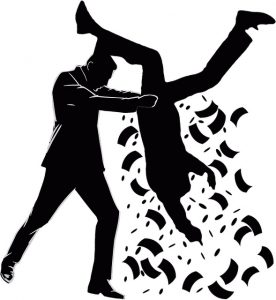 Taxes are going up, a condition that will make selling a business less desirable for the business owners because their net proceeds at a given sales price will be lower after paying the tax man.

And while few business brokers – and even fewer business owners consider this – tax increases will put downward pressure on prices from the buyer’s standpoint.

Why? Because most business buyers – especially private equity groups, family offices and independent investors – have a pre-set return on their investment that must be met before a particular acquisition will be considered.

Such buyers will estimate a target business’ growth rate for X number of years, calculate its likely future value and then apply the tax rate the potential buyer will likely suffer at sale to arrive at a net capital return. The higher the tax rate, the lower the return on the investment – and, thus, the less the potential buyer will be willing to pay. 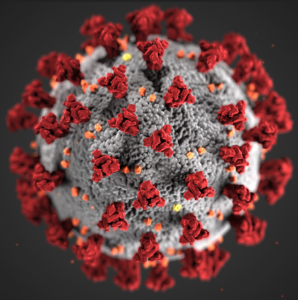 A second issue is the disruption caused by Covid which has resulted in significant irregular business performance in many industries.

Some industries – notably travel, leisure, brick and mortar retail, restaurant and the like – suffered extensive damage while others – such as healthcare, technology, online retail and similar – enjoyed unprecedented profitability. Buyers of businesses that have been damaged look at the last three years financials and wonder if the target businesses will ever recover to their pre-Covid level – and adjust their price downward to reflect that uncertainty.

Buyers of business that have enjoyed a surge will wonder if the target businesses are likely to sustain their new level of performance – and adjust their price downward to reflect that uncertainty.

A third issue is the coming rise in interest rates.

As mentioned in earlier posts this year, rates have begun climbing – and this was happening even before central banks moved.

The Bank of England has already begun increasing rates and the U.S. Federal Reserve has promised to start in March – which begins tomorrow. Roughly six weeks ago, the Fed projected three 1/4 point pops this year. Three weeks later, with the release of Q4 inflation numbers, the Fed revised its projections to include an initial (March) pop of 1/2 point (ouch!). But given the impact on markets around the world as Russian missiles began to rain down on Kyiv, the Fed appeared to back track to a quarter point pop for fear that anything higher will push the U.S. – and much of the rest of the world – into recession. 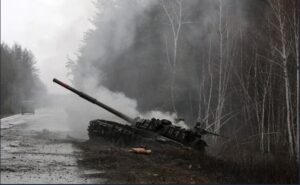 War and political idiocy are like fertilizer for inflation. When war breaks out, almost everything costs more. One reason is shortages. For example, there’ll be very little grain coming out of Ukraine in the foreseeable future; and until last Thursday, Ukraine was the eight largest wheat exporter in the world.

In the case of the current fracas, energy prices – natural gas, LNG, oil – are all up substantially – and not just from war jitters. Political idiocy – from Frau Merkel’s willingness to make Deutschland dependent upon the good will of Vlad the Aggressor to Brandon shutting down the Keystone pipeline and terminating drilling leases on federal land (which amounts to about 28% of all U.S. land) – has reached historic highs nearly everywhere with the possible exceptions of those languid redoubts of the West Indies where rum continues to be available in abundance.

High inflation usually results in lower revenue for businesses as most customers and clients cut back on spending. It also results in higher costs as the price of raw goods increases – not least because everything from missile parts, tank treads and hand grenades to iPhones, a sack of potatoes and party dresses needs oil, not only to manufacture but to get to somewhere where it can be bought. The resulting lower profitability will lower values which will, in turn, keep some business owners out of the market.

Deals will still happen despite these headwinds but the transactions will likely involve lower offers. 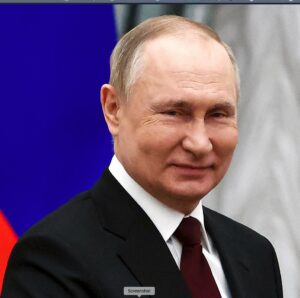 After 75 years of peace in Europe – the longest stretch in modern history – it’s hard to believe that in 2022 an invasion such as the Russians have just unleashed in Ukraine was even possible – notwithstanding the utter lack of consequences Russia suffered for its invasion of Georgia in 2010 and then Crimea in 2014.

But the complacency exhibited by the rest of the world in the wake of those two aggressions could only have had the effect of encouraging our boy Vlad to see how much more he could get away with. And here we are, at a singular pivot point in world history. At this early stage, there is no way to tell how business – and life in general – will be impacted but we believe the impact, whatever it is, will be felt by all.

Since our post a couple of weeks ago – the one about how brokers in our network envisioned the current market for selling a business – we wanted to provide a little bit of a broader perspective to you. And I hope that we’ve accomplished that – at least in the first three-quarters of this post.

From dozens of professionals and multiple surveys and other sources, the general consensus is that 2022 will be a good year for business owners that want to sell; it should remain a relatively strong seller’s market.

But we also see that there are plenty of reasons that the not-so-distant future will witness a bit of a turn-around and become a buyer’s market as more and more Baby Boomers decide to hit the golf course at 10.00 AM rather than at 3.00 PM. More businesses coming to market shifts the power to buyers.

But from inflation, rising interest rates, higher taxes and more regulation – to say nothing a war; especially one that has a high possibility of expanding – all have the potential to make selling a business at today’s values a bit more dicey. However, it behooves us all to stay diligent and to remember this expression, which we use as part of our business every day:

Every Business that doesn’t fail will be sold; Every one.

We have a buyer for software businesses in support of content distribution and support platforms for the entertainment and radio broadcast industries with revenue of between US$2 million and $30 million.